The Halloween-related industry is booming. In 2017, the American Federation of Commerce estimated it at $ 9.1 billion, including $ 3.1 billion generated by costume sales alone.

Brands wishing to capitalize on the event without investing in a permanent business are offered a unique opportunity with pop-up stores. “When compared to the costs of setting up a store, the pop-up store solution is really a small investment for a merchant” confirmed Alison Paul, Vice President and Director of US Retail and Distribution at Deloitte in a interview with Forbes. Small, but profitable.

Halloween is an opportunity for many brands to launch themed pop-up stores. Candies, cosmetics, dishes: we sell everything around this celebration and delight consumers in advance. Here are some examples of brands that have chosen this time of year to generate excitement and develop their overall activity.

Party City has 900 stores open all year round, with turnover largely dependent on Halloween (around 500 million euros in 2015, or 25% of turnover for the year). The brand owes its success to the investment of time and staff to identify the most relevant sites where to open its pop-up stores. Party City has also set up a factory in Madagascar where costumes are made. This year, the brand aims to change its strategy for the launch of its Halloween City pop-up stores. In order to exploit the space left vacant by the fall of Toys R Us, Party City has scheduled the opening of department stores (1,150 m²) in which Halloween City and Toy City are grouped. For the launch, two-thirds of the area will be dedicated to Halloween, before becoming Toy City once the festivities are over.

By capitalizing on the proximity of Halloween and Christmas, Party City has increased its chances of ROI with its pop-up stores, while ensuring sales outside of these key moments.  The efforts put in this period in particular, in particular by devoting a lot of time to the search for optimal locations and by assembling teams of creators dedicated to the event, paid off.

Spirit Halloween was one of the American pioneers of the pop-store, thematic or not, which allowed its democratization. Since the launch of its first pop-up store in 1983, Spirit Halloween has sought to maintain a physical presence for two months each year, although the brand is now 100% online. In 2017, Spirit Halloween launched 1,300 pop-up stores across North America.

Ami Ziff, Director at Time Equities National Retail Division, explained on CNBC that “American traders take time to sign a lease […] Tenants such as Spirit Halloween occupy the premises in the meantime. “ The brand is expected by donors malls as by consumers each year. The key is reasonable rent and an assured customer base. Through its pop-up stores, Spirit Halloween has become essential during the Halloween festivities. Throughout the year, Ricky’s operates like any other beauty brand, with 28 permanent stores in the United States and a well-done e-commerce site. Since 2005, the brand has opened between 3 and 30 stores in Halloween colors each year, hoping to capitalize on the high demand for party make-up. This strategy has paid off, with 20% of the brand’s $ 55 million in annual sales coming from Halloween sales.

Ricky’s opens large stores offering absolutely everything that is done in disguise. Note, the advertising for the brand’s site is done outside of stores, so that passers-by know that they can discover the products inside, then buy them online after a time of reflection.

Ricky’s Halloween pop-up stores are also one of the cornerstones of their business model. They promote brand awareness and therefore of its classic ranges, for sale online or in its permanent stores. Its use of temporary premises also allows it to test the traffic in stores and their success for possible expansion. Ricky’s thus made Halloween an important source of income and a growth lever for its activity.

If the haunted house is part of traditional Halloween imagery, it has rarely been used to sell furniture. In 2016, the interior design brand Grandin Road chose this celebration as a springboard for its first concept store at Macy’s, and imagined a setting to shiver and have fun, to encourage visitors to enter its 130 m² .

The shop has been divided into four areas to explore (at their own risk) by customers: “frightfully fun” ( “Laughter and thrills” ), “Bewitching” ( “enchants me” ), “Halloween Glam” ( ” Place the glitter! “ ) and ” Macabre and mystical “ ( ” mystical and Macabre “ ). In each of them, ranges of products to discover, with more than 250 creations around Halloween. On the price side, a wide range too, from 3 to 1,299 dollars. Certain products sold exclusively on site attracted customers who wanted to have the most decorated house on their street.

The concept of the Grandin Road Halloween pop-up, fun and innovative, helped boost the brand’s notoriety. By celebrating Halloween in every corner of the store, she has shown that she understands her customers, the importance of this holiday for them, while offering them the perfect decor to enjoy.

For many, the pleasure of Halloween is also that of gluttony. It is therefore not surprising that M & M’s is positioning itself on this occasion. The brand has opened a pop-up store in Newark, its hometown. His wish: to imagine a welcoming space for families, where children could experience the magic of the party.

For this, free distribution of sweets and Halloween costumes to children under 12 years old. Other activities were offered there, such as makeup and balloon sculpture. A fun time to spend with family and, for M & M’s, the opportunity to invite themselves in as many homes as possible.

These five brands took advantage of Halloween to open themed pop-up stores and, ultimately , draw attention to their other products and presences, in physical and online retail.  Other brands are inspired by this principle of enjoying Halloween and the approach of Christmas. As a result, significant income, the impact of these pop-up stores is not limited to the simple Halloween period.

Find the ideal space for your ephemeral project >> 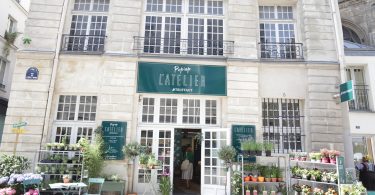 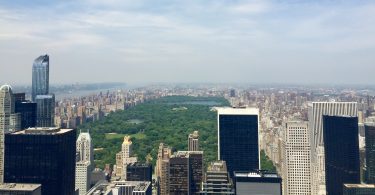 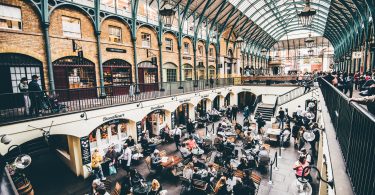 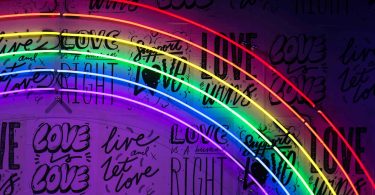 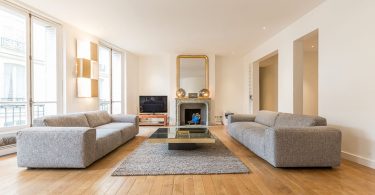 Storefront Contributor - Tom Coleman writes about the retail industry, specialising in the pop-up sector. Currently an undergraduate at the University of Exeter reading English and History, he splits his time between Hampshire and Cornwall, UK.